This past Maymester, third-year International Affairs and Economics major Hedaya Weber got the opportunity of a lifetime. Thanks in large part to a University of Georgia Experiential Learning scholarship, 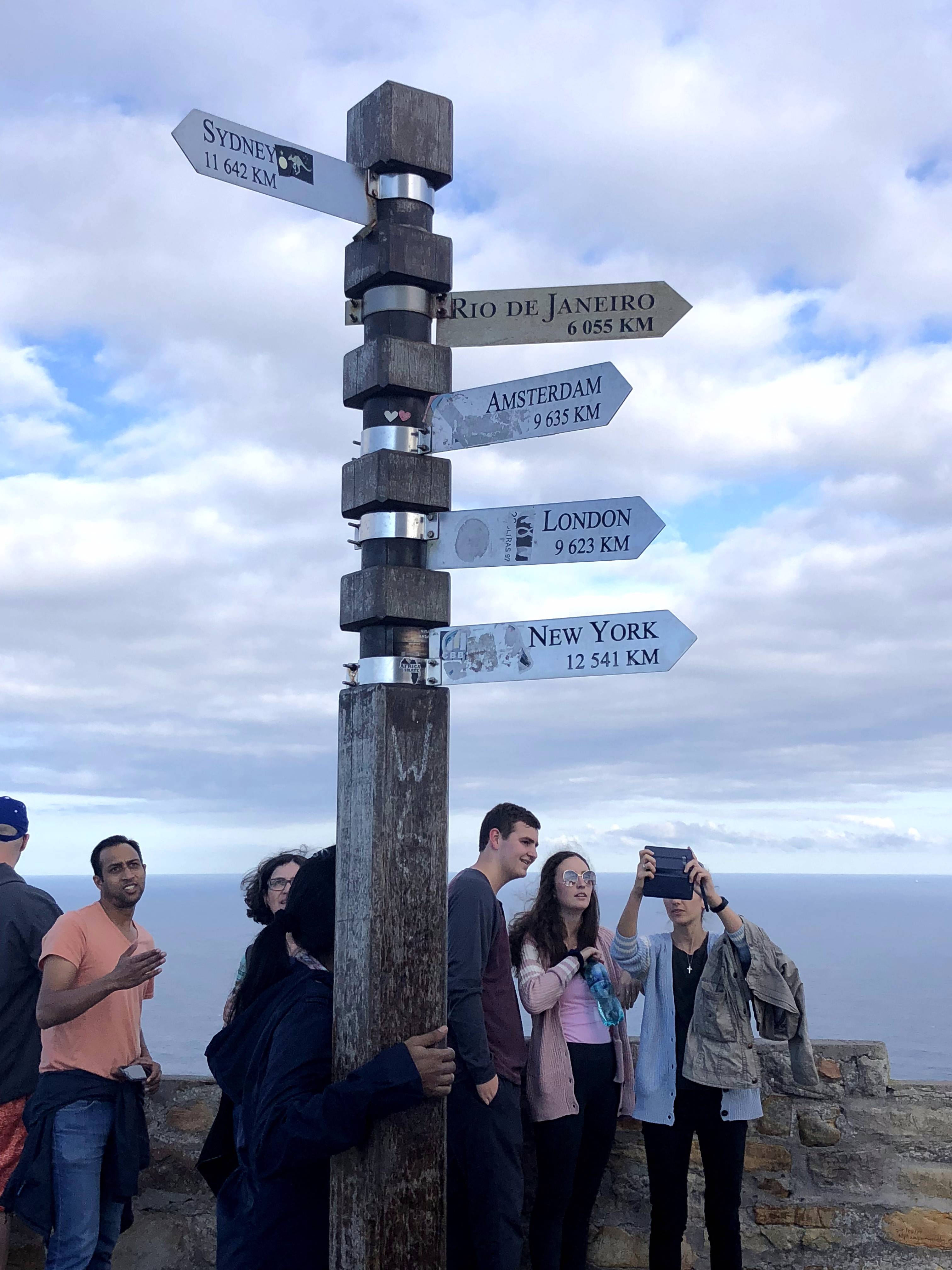 Hedaya travelled to Stellenbosch, South Africa, for a four-week intensive experience directed by UGA’s Center for the Study of Global Issues (GLOBIS) and hosted by Stellenbosch University.

Weber studied international affairs and sociology during the day with 26 other classmates in Stellenbosch, then traveled to the nearby township of Kayamandi in the afternoons, a unique opportunity to apply what they learned in a community engagement service-learning project. UGA’s Experiential Learning Requirement implemented in 2016 gives students the opportunity to enhance their education by pushing them to learn outside of the classroom—from internships, to research, to study abroad programs. 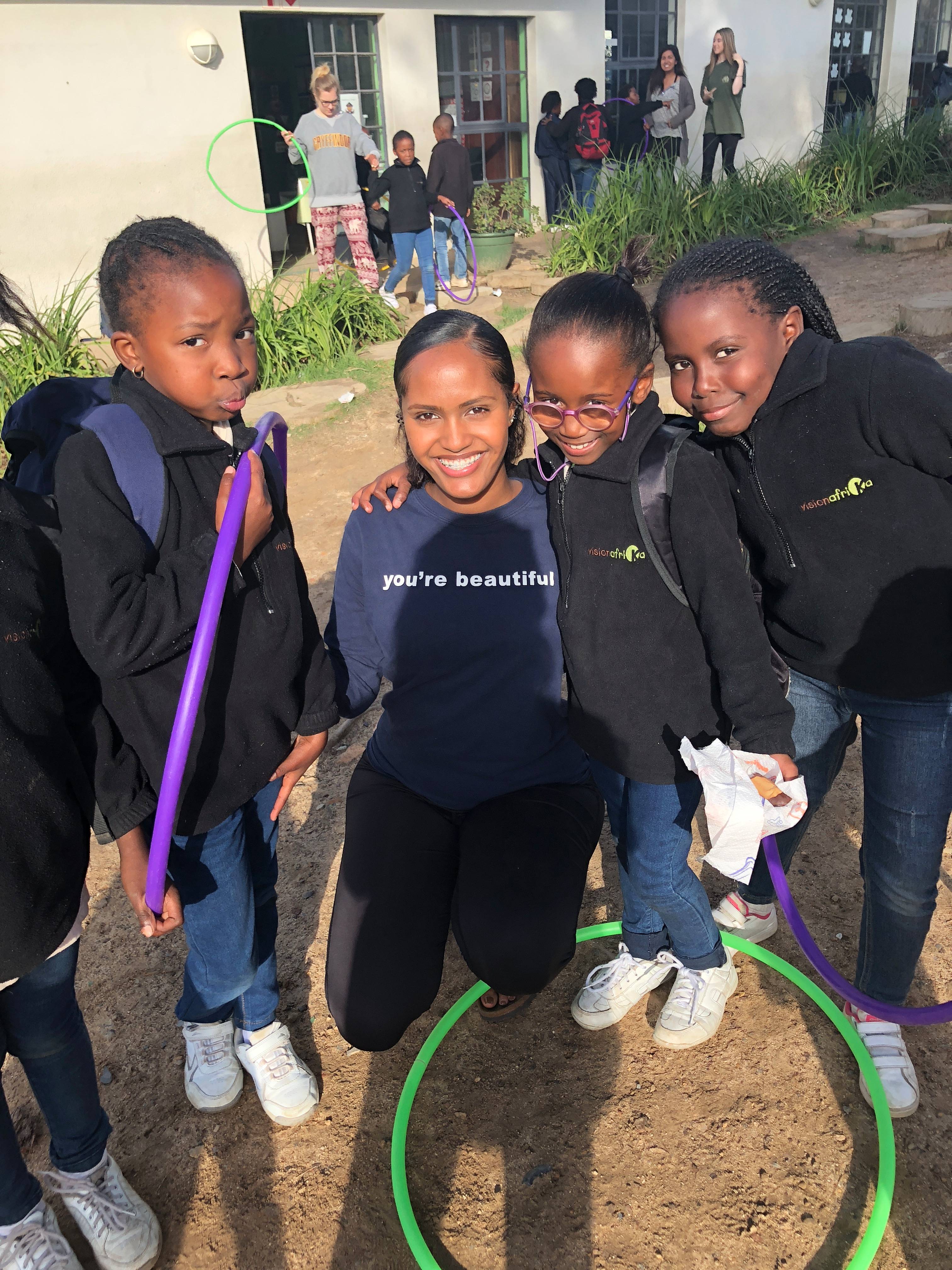 The small, poverty-stricken township of Kayamandi is harsh in contrast to the affluent, university town of Stellenbosch just next door. During the apartheid era in South Africa, legislation forced black Africans to live separate from white Africans in small townships. Although apartheid ended over two decades ago, South Africa is still very much segregated, and the Kayamandi township is overrun with violence, unemployment, and a lack of opportunity compared to that of Stellenbosch.

As an Ethiopian-American, Hedaya wanted to go to Africa primarily because of her own cultural ties, but the service-learning aspect of the program is what drove her to Stellenbosch. Her experience was unique from other volunteers in Kayamandi simply because of the color of her skin. The persistent, rigid divide between South African white and black communities is prevalent among the children living in Kayamandi, who are mostly of the Xhosa ethnicity. Very rarely do they see blacks outside of their own community, much less white visitors and outsiders. When Weber arrived in Kayamandi, the kids automatically assumed she was Xhosa because of her black skin and struggled to conceptualize the fact that she is not.

“The way that the Apartheid system has everyone, everyone in the townships are stuck in the townships,” Weber explained. “They don’t see diversity, unless it’s with white faces…they just have no understanding that there are so many other people that look like them in this world.” 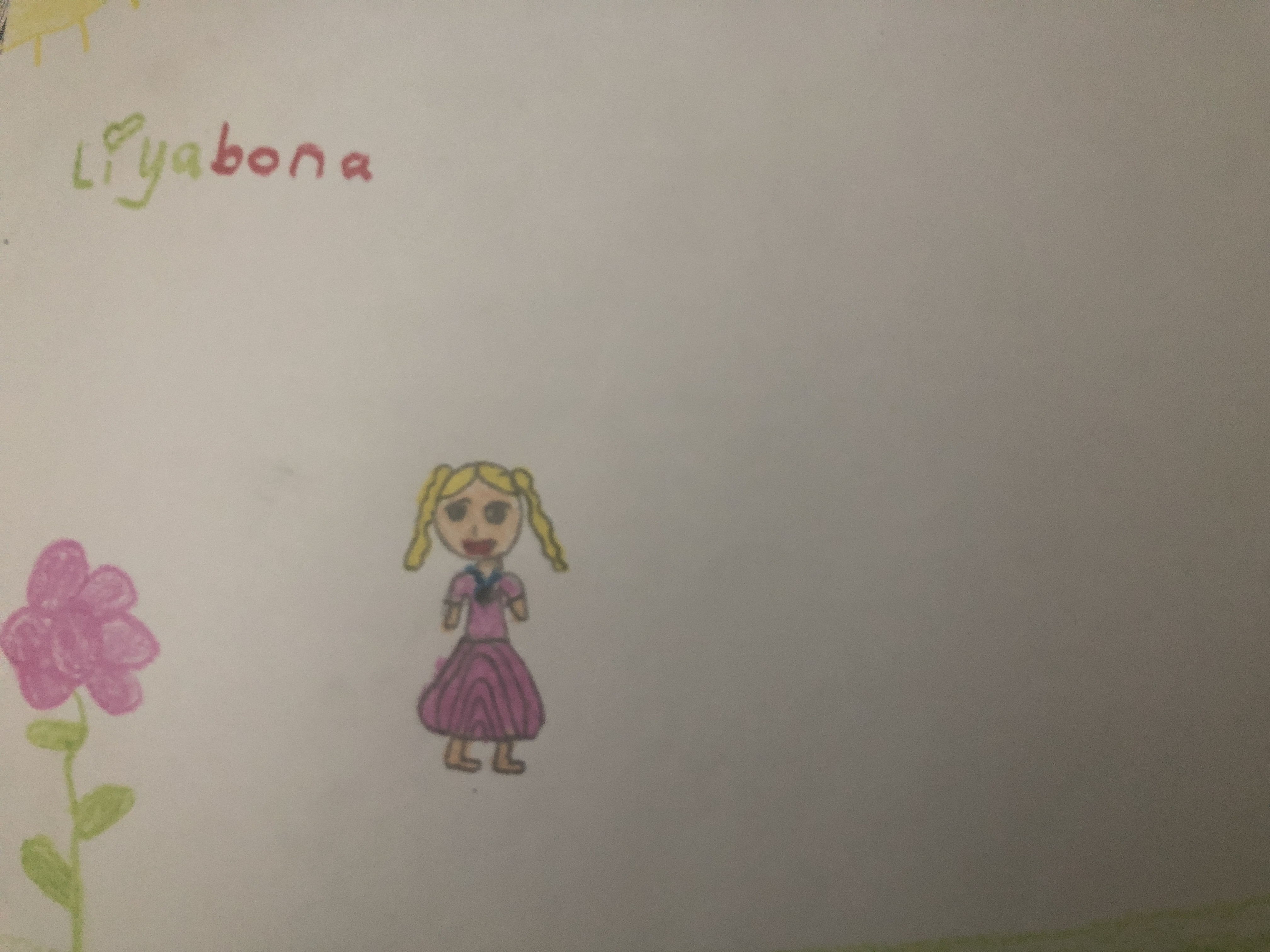 Weber was pleased to find that although the children in Kayamandi are faced with difficult circumstances, they’re just like most elementary school aged children: messy, loud, and always wanting to play. There were some instances, however, when Weber saw firsthand the negative effects of apartheid’s prejudice on the children. She recalled one instance when helping some of the younger girls draw self-portraits. Instead of picking up brown crayons and drawing themselves as the beautiful dark-skinned, dark-haired girls, the girls drew themselves with white skin and blonde hair.

“I realized…okay, now we have an issue of thinking that lighter is better, thinking that blonde is better,” she said. “I was like, okay, I can help these little girls and help with their self-image and their self-confidence. Because I know, growing up…it’s hard when It feels like lighter skin is better, or curly hair isn’t acceptable. I just wanted to make sure that they knew, listen…you’re beautiful.” 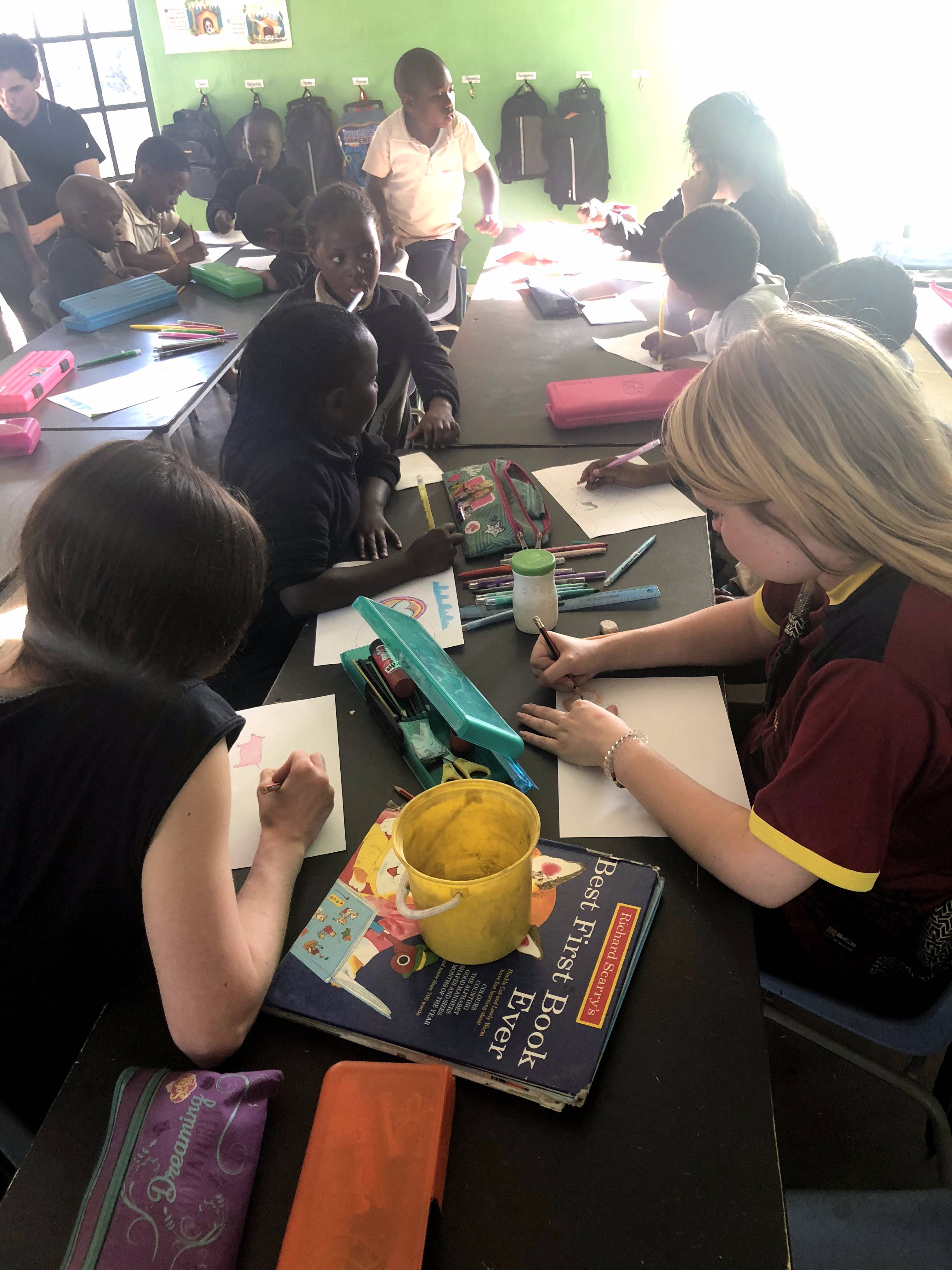 Weber felt that making a lasting positive impact on the children was important. Although the trip contained a myriad of distractions, from coursework to weekend excursions, being with the children in Kayamandi as much as possible mattered the most to her.

“I really wanted to connect with these children and give them some sort of representation,” Weber said. “They’re so used to seeing white faces entering their school that when they saw my black face, it was a sense of comfort and familiarity for them. I’m really glad that I made an effort to connect with these children and let them know that they are not alone in this world.”

The central goal of the service-learning project was to assist the non-governmental organization (NGO), Vision AfriKa in leading an after-school program for children K-3 in Kayamandi. Using their classroom knowledge, UGA students observed the children to learn how they could bring out the best in them.

The service-learning portion of the trip gave UGA students the opportunity to learn from the people of Kayamandi. The professors wanted students to understand international development and to be able to engage with the community, while seeing the direct lasting social and cultural impacts that something as drastic as apartheid has on a nation. 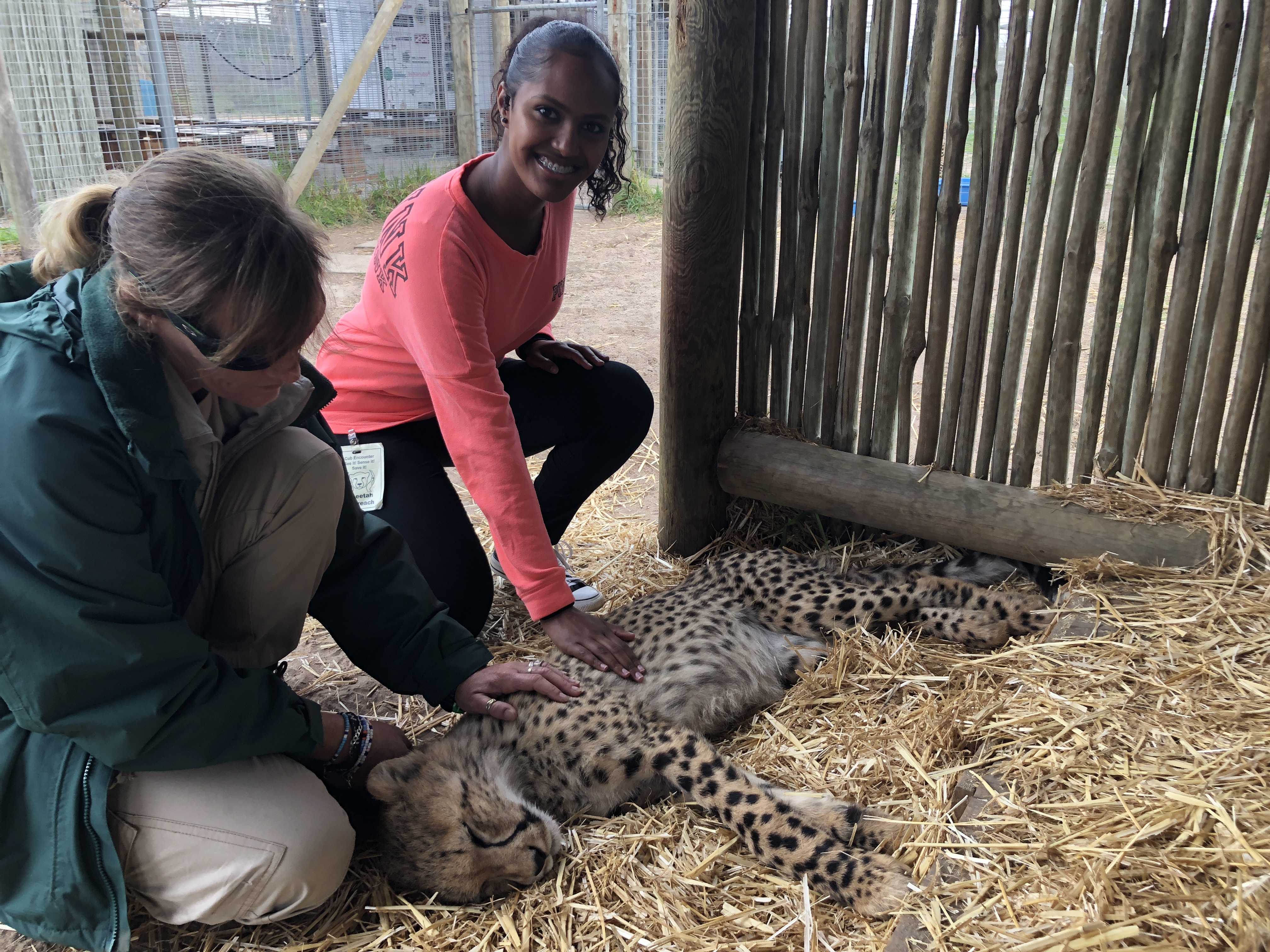 “We learned a lot through experience,” Weber said. “I feel like that’s important, because there was nothing in this trip that we could have learned in the classroom, and we would have understood in the classroom…Learning about apartheid was one thing, but literally going outside and seeing that all of the people at a restaurant, all the customers were white and affluent and all the staff were black and low-income, you see the effects of what happened.” 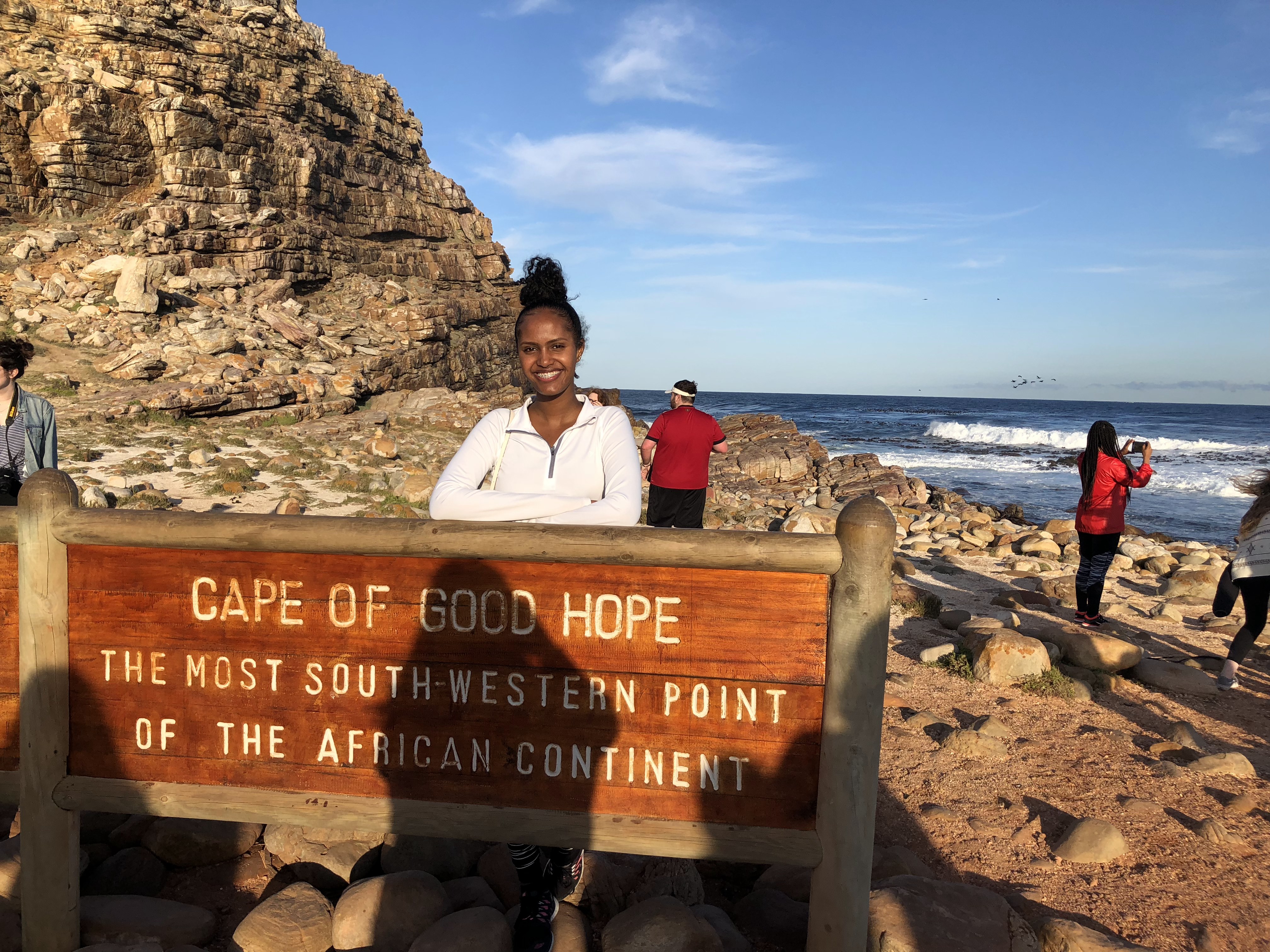 When they weren’t in Stellenbosch or Kayamandi, the UGA students were able to tour more of the African continent, including Zimbabwe and Botswana. The activities ranged from shark diving, to safari tours, to seeing both Victoria Falls and the Cape of Good Hope, but Weber says that the service-learning portion of the trip was by far the most impactful. 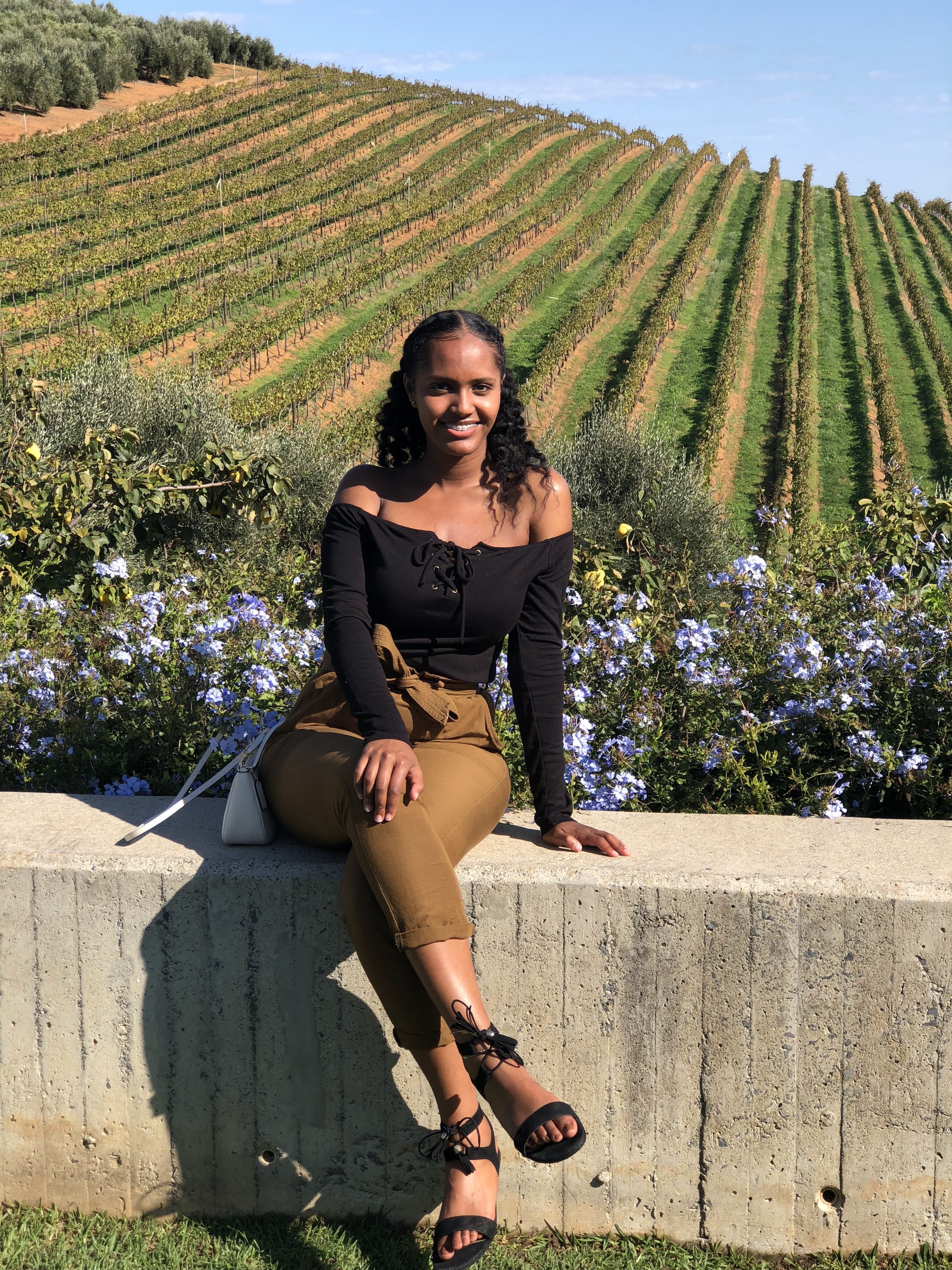 “It really put a lot of things in perspective for me, especially [having family] originally from Ethiopia and having immigrant parents and refugee parents,” Weber said. “There’s a lot of things going on on the African continent, and I’m really passionate about going back and starting my own NGO and helping underserved communities all over the world, but particularly in Africa.”

Weber said that working with the children in Kayamandi reinforced her passion for, and desires to, make a real difference in the world. Being in Kayamandi not only strengthened her will to serve others, but it also brought light to the inevitable truth that at our core, we are all part of the human race.

“This trip taught me to be comfortable with new ideas, new people, new environments,” she said. “Being able to relate to people on a human level…we come from different backgrounds, we have different interests, but there is still something we connect with.”

Hedaya went into the service learning project with the expectation that she would be making a positive impact on others, but had no idea of the life-changing impact the experience would have on her. Seeing and engaging in the societal development of a community dealing with the aftermath of apartheid enhanced Hedaya’s knowledge of international affairs and gave her a deeper understanding of how she can make a global impact.

The University of Georgia is the largest public university in the nation to require each of its approximately 28,0000 undergraduate students to engage in experiential learning prior to graduation. The Experiential Learning scholarship is open to undergraduate students, including transfer students with at least one semester of UGA coursework who are pursuing experiential learning courses or non-credit activities aligned with the UGA Experiential Learning Requirement. These include UGA-approved study abroad and domestic field schools; service-learning courses; internships for academic credit; faculty-mentored research through CURO; and other hands-on learning opportunities.

More info about the scholarship and how to apply: el.uga.edu/resources