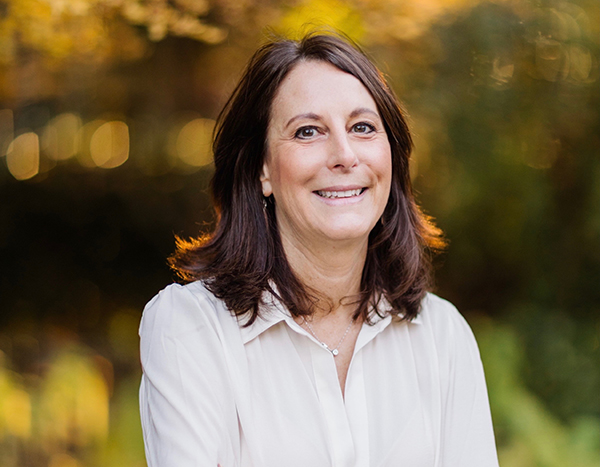 Marisa Anne Pagnattaro, a distinguished scholar and academic leader who holds the university’s highest teaching honor, has been named vice president for instruction at the University of Georgia, effective June 1.

Pagnattaro has served as interim vice president for instruction since February and is a Meigs Distinguished Teaching Professor in the Terry College of Business. As vice president for instruction, she will provide strategic leadership for campus-wide initiatives that enhance teaching and learning at UGA and also will oversee student recruitment, retention and financial aid.

“Dr. Pagnattaro has a long and distinguished record of excellence in instruction and leadership at the University of Georgia, and I am delighted that she will serve as the next Vice President for Instruction,” said President Jere W. Morehead. “She brings a multitude of strengths to this position that will benefit our students and faculty and the offices that support them.”

Prior to leading the Office of Instruction, Pagnattaro was the university’s vice provost for academic affairs. In this role, she assisted with all matters of academic administration, policy, and planning and acted on behalf of the provost when he was not available. She served on the Student Affairs Well-Being Executive Resource Team, which focused on enhancing health and well-being support for students, and also supervised the Office of Global Engagement and the creation of new study abroad programs and international initiatives. She was a member of the Provost’s Task Force on Academic Excellence, which has guided several cluster hiring initiatives for faculty with expertise in strategic areas of focus. She also chaired the Task Force on the Future of Computer Science, the UGA Arts Council and co-chaired working groups on entrepreneurship, research commercialization and international research collaborations.

“Dr. Pagnattaro brings an extraordinary commitment to student success to the role of vice president for instruction,” said S. Jack Hu, the university’s senior vice president for academic affairs and provost. “Over the course of her career at the University of Georgia, she has exemplified innovative and engaging instruction and worked with units across our campuses to enhance teaching and learning.”

Prior to joining the Provost’s Office leadership, Pagnattaro was the I.W. Cousins Professor of Business Ethics and associate dean for research and graduate programs in the Terry College. In this role, she led strategic planning efforts related to research and graduate education, directed the college’s international programs and established and chaired its Diversity and Inclusion Advisory Board.

Her scholarship focuses on international trade and business ethics. She is the author of “In Defiance of the Law: From Anne Hutchinson to Toni Morrison,” which explores literary depictions of the American legal system. She is also the co-author of three additional books, including a widely used textbook, “The Legal and Regulatory Environment of Business.” Furthermore, she is the author or co-author of more than 30 journal articles and book chapters and numerous shorter works. In addition, Pagnattaro served as the editor-in-chief of the American Business Law Journal and was president of the Academy of Legal Studies in Business.

In addition to the Meigs professorship, her UGA honors include the Richard Reiff Internationalization Award, the Creative Teaching Award, the Lothar Tresp Outstanding Honors Professor Award and the Russell Award for Excellence in Undergraduate Teaching. Pagnattaro was a 2016-2017 fellow of the SEC Academic Leadership Development Program and was an inaugural fellow in the University’s Women’s Leadership Development Program. Her national honors include the American Business Law Journal Hoeber Memorial Award for Excellence in Research and the Charles Hewitt McGraw-Hill/Irwin Master Teacher Award.

Pagnattaro has been an active member of University Council, serving on its executive committee from 2012 to 2015 and on four additional committees from 2008 to 2017. Her additional interdisciplinary committee work includes having served on the executive committee of the UGA Teaching Academy and on the Faculty Advisory Board for the Center for Asian Studies in the Franklin College of Arts and Sciences.

“I’m honored to have the opportunity to partner with UGA’s extraordinary faculty, staff and academic leaders as we build upon our institution’s national reputation for excellence in teaching and learning,” Pagnattaro said. “Our students are outstanding, and their success is my overriding priority.”

An eight-member search advisory committee chaired by Benjamin C. Ayers, Dean of the Terry College of Business, helped identify finalists for the position. The committee was assisted by the UGA Search Group in Human Resources.