As president of the Insurance Society and one of the top 10% Army ROTC cadets in the nation, Andrew Fleischer, fourth-year risk-management and insurance student, goes above and beyond to serve his country and university.

Ever since he could remember, Andrew knew he wanted to attend the University of Georgia. Even growing up in Maryland, his parents, both UGA alumni, taught him how to call the Dawgs every Saturday. When he began thinking about his college career in high school, Andrew wasn’t sure if he’d be able to manage UGA’s out-of-state tuition. But that all changed when he received an Army ROTC scholarship to study at UGA.

“It was the best thing that could’ve ever happened to me,” Andrew said. “I received the opportunity to serve my country while going to the school I’ve always dreamed of.”

Andrew began his freshman year as a biomedical engineering major but quickly changed his mind three days later, deciding to pursue a degree within the Terry College of Business instead. While deciding on his major, he reluctantly took an intro to risk management and insurance course.

“When I first heard about insurance, I thought this absolutely not for me,” Andrew stated. “But I took a chance and ended up loving it.”

This intro course ended up setting the course for Andrew’s career outside of his military service. He went on to become president of the Insurance Society, acting as a liaison between insurance industry professionals and the university. This past spring, he was one of 10 students selected to attend the Bermuda Insurance Market Study Trip, where students have the opportunity to meet with top-level insurance executives. This past summer, he interned at Marsh, a risk management and insurance brokerage firm, as a casualty and liability intern. 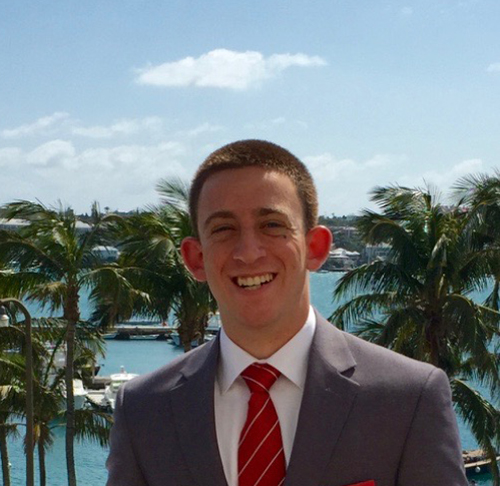 With all of these commitments, Andrew sometimes feels like he’s living a double life - one as a risk management and insurance student and another as an Army ROTC cadet.

“My two lives have come together to prepare me to become a great officer,” Andrew said. “Through the risk management program, I’ve learned how to build connections and relate to others. Through the ROTC program, I’ve received invaluable tactical training.”

His hard work has proven to have paid off. Out of 5,508 Army ROTC cadets in the nation, Andrew has been ranked in the top 10% and recognized as a Distinguished Military Graduate, granting him his first choice of branch in active duty.

Cadets are ranked by their entire college experience, including their leadership skills, extracurricular activities, academic performance and physical fitness. Andrew spent the past three years tirelessly working toward this goal, often training, studying and working for up to 14 hours a day.

“I’m so thankful to the support system I’ve found through the risk management and insurance department and the ARMY ROTC program,” Andrew said.

He urges students to take advantage of their network and jump at every opportunity they can during their time at UGA.

“Reach out to everyone you can,” Andrew said. “One of the best things about being a student at UGA is that there is someone out there in the Bulldog family who has accomplished something you’re working towards right now. Be curious and ask questions. Because if you don’t ask, then you’ll never find out.”

After graduating in May, Andrew will go into active duty for four years as an infantry officer. After one year of training at Fort Benning, Andrew hopes to spend the next three years serving his country abroad as a platoon leader.

“Now that I have accepted the duty of serving in the United States Army for the next four years as an officer, I feel confident that all of my experiences at UGA have prepared me to be the best soldier I can be for my country.”