Unifying systems and resources for efficiency and success 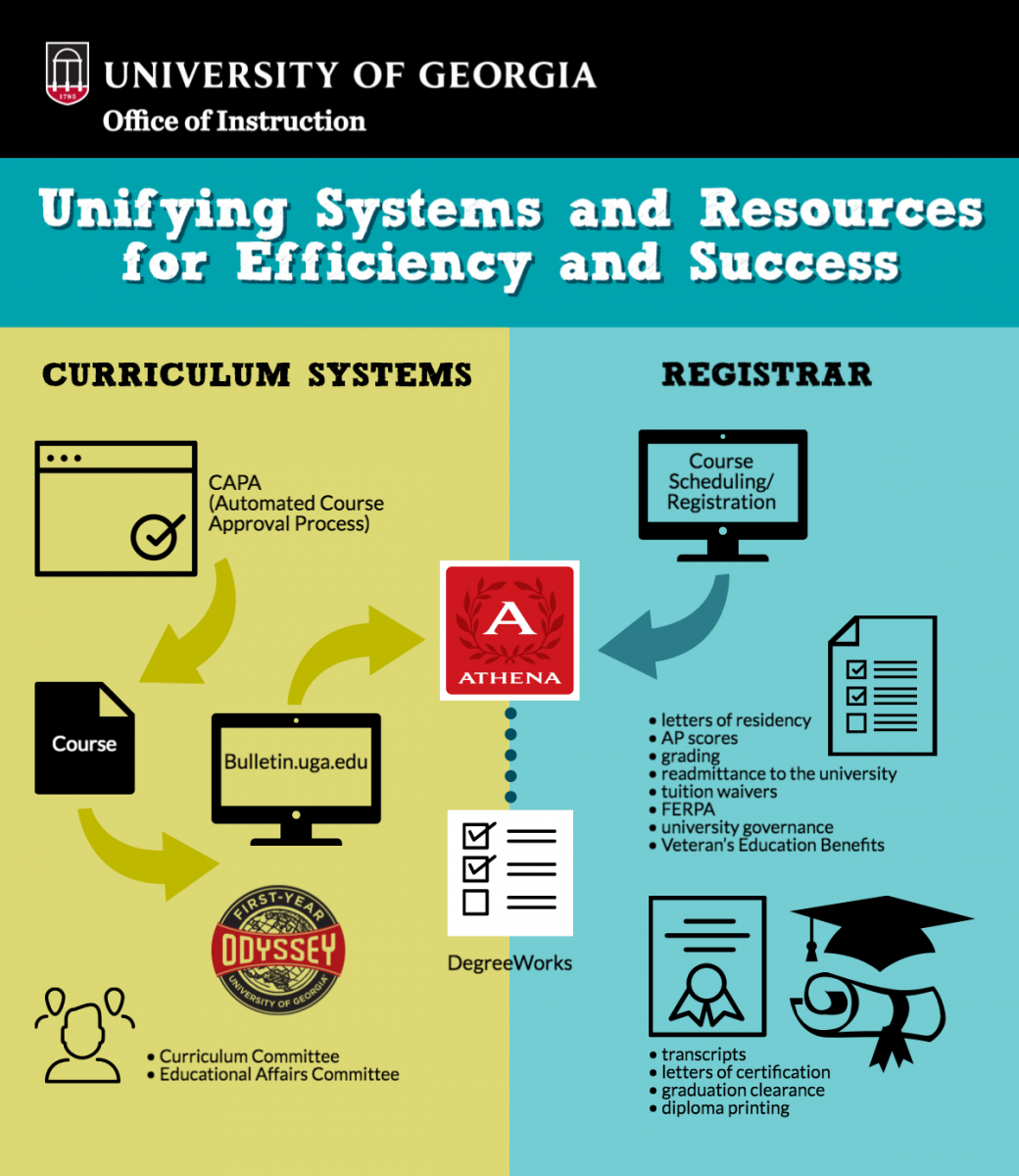 People I meet outside of the university often ask me if our office slows down for the summer. They are surprised when I tell them that on the contrary, we actually pick up the pace as we work on new student orientation, preparing for the Fall and Spring semesters and implementing various new projects for the upcoming year. This is probably no different in your areas as well. Our staff are busy on a couple of large initiatives that will be in the public spotlight this fall, including the DoubleDawgs degree programs and the rollout of new software tools that will help deliver and track various Experiential Learning opportunities. I’ll touch more on these projects in upcoming issues of Engage.

However, the most noteworthy development this summer so far is the appointment of Fiona Liken as UGA’s Registrar and Associate Vice President for Instruction, overseeing both the Office of the Registrar and the Office of Curriculum System beginning July 1.

The decision to have a single oversight of these two critical offices was made after much deliberation. Since the implementation of our centralized student information system Athena, these two offices have worked very closely with each other. Unlike our older systems, Athena is common to both offices, as it houses curricular and student registration data on the same platform. This has enabled the two offices to develop a greater level of collaboration than was previously possible. A single administration for the two units will promote further integration of several operations, improving the efficiency and effectiveness of various processes in these offices. Many of you are already familiar with Fiona in her role within the Office of Curriculum Systems for many years. Please join me in congratulating her in this new role as we move forward.

Kudos also to the entire staff in the Office of the Registrar who have kept their office running smoothly despite being short-staffed for much of this year. Interim Registrar Rosemary Segreti has done an extraordinary job of leading this office during this transition. Together, this office has ensured a smooth completion of the 2016-17 academic year, which included awarding over 10,200 degrees, the beginning of what appears to be yet another record year for summer enrollment, and in welcoming the latest addition to the Dawgs family – the class of 2021!

As always, if you have any questions or ideas about improving student success at UGA, please send me a note.